What is Soil Stabilization?

At Solid Foundations we have been helping stabilize structures on properties around the Clearwater area for years.  Soil Stabilization is the process of altering the composition of soil to make them stronger through enhancing their physical properties. The reason most people need soil stabilization in Clearwater is due to a structure such as a pavement, house foundation etc becoming unstable. Our soil stabilization process can increase the strength of a soil and/or control the shrink-swell properties of a soil. This in turn improves the load bearing capacity of a sub-grade to support things like pavements and foundations.

Soil Stabilization can be utilized on roadways, parking areas, site development projects, airports and many other situations where sub-soils are not suitable for construction. Stabilization can be used to treat a wide range of sub-grade materials, varying from expansive clays to granular materials. This process is accomplished using a wide variety of additives, including lime, fly-ash, and Portland cement. Other material byproducts used in Stabilization include lime-kiln dust (LKD) and cement-kiln dust (CKD).

Why is Soil Stabilization Needed in Areas Like Clearwater?

When we choose to build buildings, construct roadways, lay parking lots, land planes, operate heavy vehicles, etc,  the soil upon which we intend to do these things may not be prepared for the weight associated with these structures and activities. The soil may not be strong enough due to the nature of its contents, as some soils containing gravel, sand, silt, and clay often require an extra boost of strength in order to make them stable for the long term. Loose granular types of soils are especially susceptible to the effects of gravity, while climate changes can cause clay type soils to sweep and shrink and thereby create movement. Additionally, organic matter buried in the soil decays over time and leave voids that make the soil unstable.

Furthermore, the environment in which the soil exists may also hinder the soil’s load bearing abilities. Particularly in areas like Clearwater, Florida, the qualities of the soil can vary.  Northern Florida is full of red, loamy soils and poorly drained, sandy soils, while Southern Florida has peat soils near the Everglades and shallow, limestone-influenced soils in the most southern regions. Of course, ground in Florida also regularly handles extreme amounts of water, whether from daily rain showers, frequent tropical storms, or permanent soggy swamps. Therefore, engineers and contractors throughout the state face a great number of problems as they try to create safe places for Florida residents to live, work, and travel, and it is for their benefit that Solid Foundations offers our soil stabilization services.

Using chemical grouting to stabilize the soil allows your space to be traffic ready within fifteen minutes of application, at which time the foam is at 85% strength. For sites in which soil has settled and caused a concrete slab to start sinking or rocking, Solid Foundations can combine our chemical grouting processes with our Precision Lift process in order to lift the slab and restore it to its original position. We can use either compaction grouting or permeation grouting along with Precision Lift to raise a concrete highway, warehouse floor, or even an entire building.

Our soil stabilization uses only the safest, strongest, and most advanced methods to put your completed project back on solid ground or give your current project solid ground on which to stand when it is completed, so trust your soil to Solid Foundations. No matter the soil type or the particular soil conditions your site is facing, whether erosion, runoff, swelling, poor compaction, or improper footing embedment, Solid Foundations has the geotechnical knowledge and field experience to inject the soil with the extra strength it needs to hold up your building, roadway, slab, or large vehicles. Our caring, friendly, and professional team can fix the problem and stabilize your soil the right way the first time, so contact Solid Foundations in Clearwater today to learn more about soil stabilization and let us meet your soil needs! 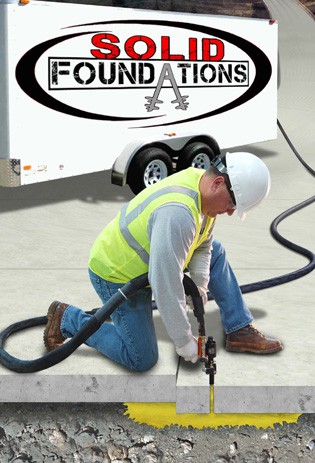